Mother Tongue, An American Life in Italy, describing WWM's  early years living in Parma, was published in a new edition by Farrar, Straus and Giroux, March 2020 to bring it to a new group of readers. In the two decades since it first appeared, it has become "an underground literary classic." "Passionate, sensuous, even fierce," (Kirkus Review) she provides "at one and the same time, a rounded picture of a city and of a woman describing the flow of life itself...as in a symphony." (Gazzetta di Parma)

Newly framed by Patricia Hampl's introduction and a foreword by the author, the book animates, in a completely original way, the complexity of country and a sense of self. Part memoir, part cultural history,Tim Parks observes: Mother Tongue is a sustained and generous meditation on difference, the discovery of oneself and one's own culture through the urgent need to come to terms with another. Few writers have savored Italy so intimately and intelligently...". Frances Mayes, whose books have led so many readers to travel to Italy, wrote in her latest work, "I read further into (WWM's) book about living in Parma, realizing at every page that her roots show how a visitor like me only treads the surface of the place."  Hampl writes of Mother Tongue,: "I've been in conversation with this book for many years....(WWM's) relentless attention requires radical honesty, a form of inventive humility.  That's what you get from this writer. No wonder I couldn't put the book down."

Book readings are interesting moments of exchange. Since many of mine take place in Italy, Italian is usually the language used. This one for The Other Side of the Tiber took place in a bookstore in Parma, La Feltrinelli. It has always been a cultural hub for authors. I have presented my books in Italy in Rome, Florence, Milan, Bologna, Verona. But I read more often in English speaking universities and bookstores: Geneva, London, Paris and in the U.S. in New York, Washington, Chicago, Huston, Dallas, Austin, Milwaukee. I will post the dates for my new readings once I have them in place.

In Parma, I have presented all of my books, as well as the eight volumes of New Grains brought out from classes I taught in creative writing. Parma is not the subject of all of my work. My novel is set in Florence, Tiber is set primarily in Rome. My book Silence and Silences (FSG, to be published in 2021) lifts off on wings not tied by culture. But Parma has influenced my thinking.

Parma is famous for its tiny and fragile violets. With breathtaking wit, they pry open the weary winter landscape and fill the fields with gashes of indigo color and sweet perfume. Their soft purple carpets worked their way into Stendahl's novel set in an invented Parma. They also whisper in mine.

New Foreword by Patricia Hampl and Preface by the Author

2020 edition of Mother Tongue An American Life in Italy, FSG.
In Paperback and e-book

The Other Side of the Tiber, Reflections on Time in Italy (FSG) -- paperback and e-book 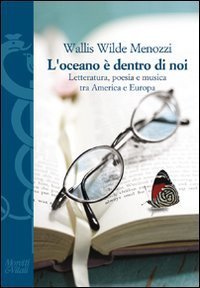