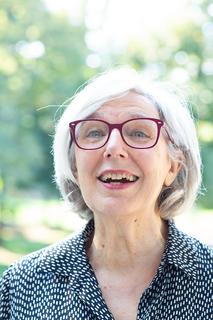 I grew up in Wisconsin. White drifts and perilous ice shaped our spirits until black branches gave way to tender green. Blue summers blazed into bonfires of red and yellow leaves. Domesticated nature was a book of immense power. It gave cues to our feelings. What was called ourselves was fed a very simple history: pioneer stories of different generations. Continuity was taught as a way to live. Women were silent. African-Americans didn't have the freedoms white people had. Native Americans lived on forlorn reservations. These discrepent realities struck me deeply as a child. I knew very early that to find light as a writer, to understand with my heart, I would destroy as well as discover things.

After graduating from the University of Michigan, I lived in Oxford, England, New York City, London, Rome, Palo Alto, California and finally, Parma, Italy. When I rooted in Parma, the stories of inter-twined generations and the city's proximity to nature, albeit a grander scale, made it a close fit to my early life, in spite of radically different histories. The longer I looked, the more I saw how much there was to tell.

Living in Italy has meant that every day is an extraordinary apprenticeship in understanding--beauty, differences, origins. As we face a period when so much is reversing itself and making us notice breaks and new cracks in what we thought was the world, it is a wonderful time to be a cross-cultural writer.

I teach in Europe and the U.S.: Columbia University, Boston College, MontClair State, Sarah Lawrence, the Camillianum in Rome; I lecture widely, and am a founding member of the Ledig-Rowohlt International Writers Residence in Lavigny, Switzerland. There I read the work of more than 500 writers from 65 countries. There, as in workshops I have held with doctors and patients, writers using two languages, semester long classes with undergraduate students of poetry and essay, I continue to marvel at how words can change lives. 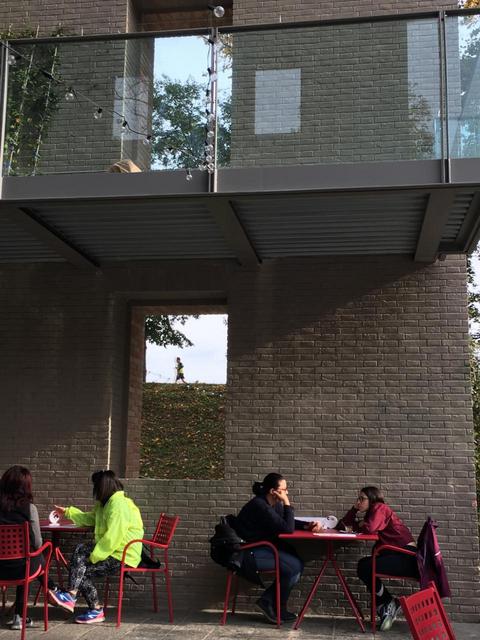 Parma is an extraordinary city, whose layers speak even before the Paleolithic. It became a Roman colony in 183 BCE. Bishops started constructing the present cathedral more than 900 years ago. An order of Benedictine nuns, noble women in the city, were granted a special dispensation to be self-governing in 1187. People have worked the land on the plain and in the hills for millennia--thus Parma cheese, Parma ham. Above, you see layers of the present city. The runner is pacing himself on the upper level of a citadel built in the late 16th century. Above and below, it is now a large, grassy park, with concentric oval rings of majestic beech and oaks. The cafe is run by a social coop offering work and integration to people with special needs, making them part of the social fabric.  For 2020-2021, Parma is officially the Italian City of Culture. In spite of the pandemic, a rich series of initiatives will be offered.

A very fine view of the city can be seen in this video made by MontClaire State University. It was shot while I worked with them in Parma organizing a festival on Italian life.